The Arkansas Pen Show in Little Rock has wrapped up and we’ve finally made our fifteen hour trip back home.  While the unpacking and re-organizing will take the better part of a week, it’s only four short weeks to go until the next show on the schedule, the Chicago Pen Show.  But for now, I’ll not mention that small fact, as Lisa may slug me for reminding her another show is on the horizon so soon.  🙂

We arrived Thursday afternoon in time to meet up with early show goers for the casual meet in one of the smaller rooms at the hotel.  It was good to stretch our legs and walk around the hotel at this point.  We met up with our gracious host, Fern Padilla, President of the Arkansas Pen Club, and got a chance to chat with several folks who were present early, including Bill and Nancy Majors, Joel Hamilton and Sherrell Tyree, Shannon Padilla, Susan Wirth, Mike and Lisa Vanness, and several other folks.  A few pens were present, but mostly it was good to catch up on people and plenty of non-pen talk was in the air.  We had dinner in this room and while the service was a bit slow, the food was excellent, everything from crab cakes to tortilla soup, to chicken carbonara and we were happy.  Exhausted after a long day, we finished dinner and went back to our room. 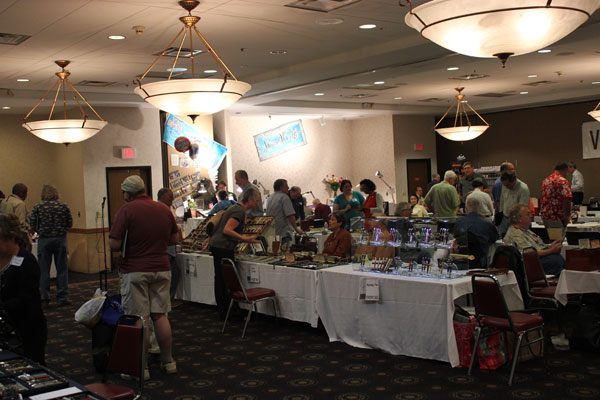 Friday came early, and after sleeping in to about 6:30, made our way to the show.  We had yet another new set up for this show, which we had mapped out in our living room at home before hand, but it still took about two hours to get fully set up to where we were happy with everything.  Traffic was light, but as expected on a Friday, and overall we did well.  Paper and notepads were a big hit, including the new line of floral notecards being designed by our daughter.  We had some good buying opportunities as well, and picked up a bunch of Esterbrooks which will soon grace our virtual shelves. 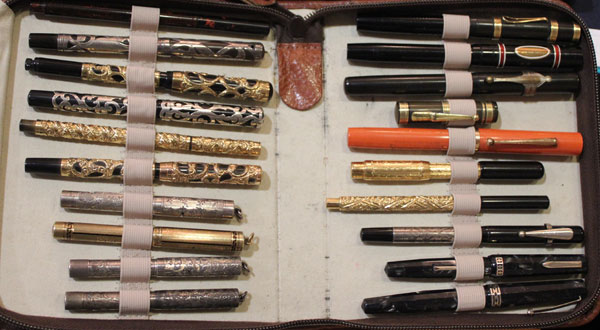 With the first day done and behind us, we met up with Kenro Industries representative Dick Krane for dinner.  Once again, the food in the hotel restaurant was outstanding.  With baked potatoes big enough for three people, tempura asparagus, and entrees of delicious salmon and steak, we didn’t leave hungry.  The restaurant also lays claim to the largest salad bar in all of Arkansas and while I can neither confirm nor deny that claim, it certainly was huge! 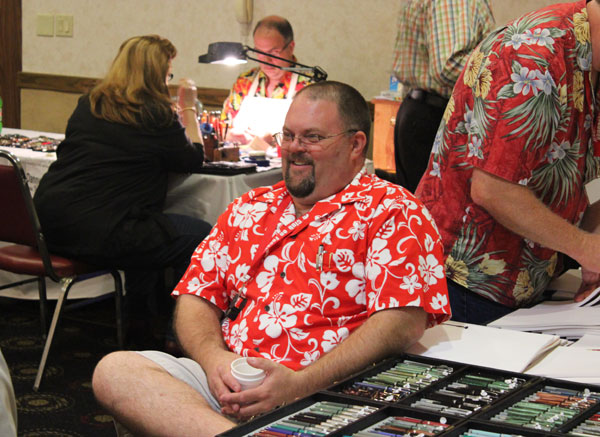 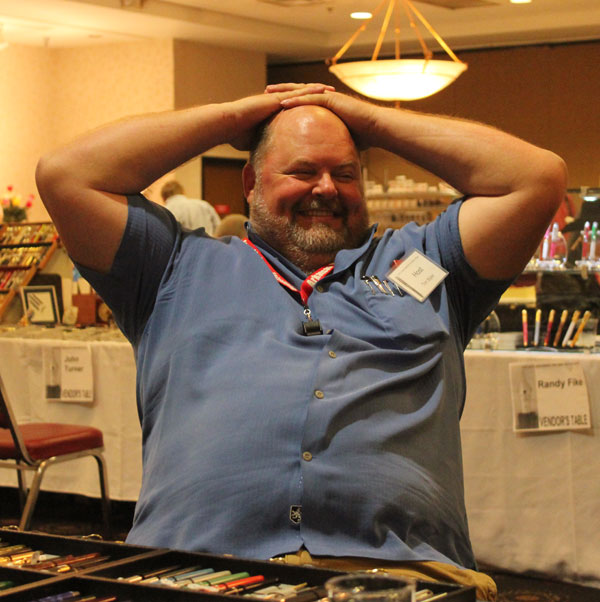 Saturday was a little easier to get going as we didn’t have to set up much.  We did the usual small bit of re-arranging, but we were up and running in minutes.  The coffee was right next to our table so this was an added bonus!  While traffic was lighter than expected, it was pretty busy most of the day and repairman Danny Fudge and nib man Pendleton Brown were both busy the entire day making pens write. 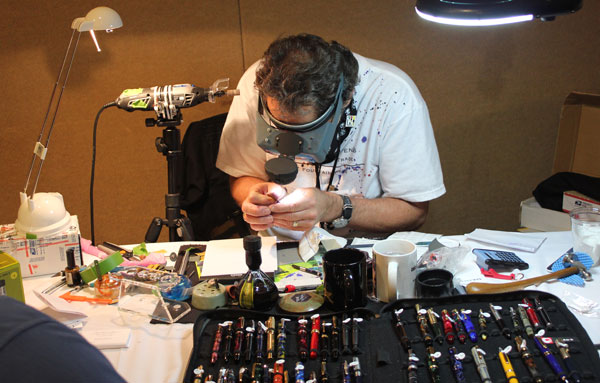 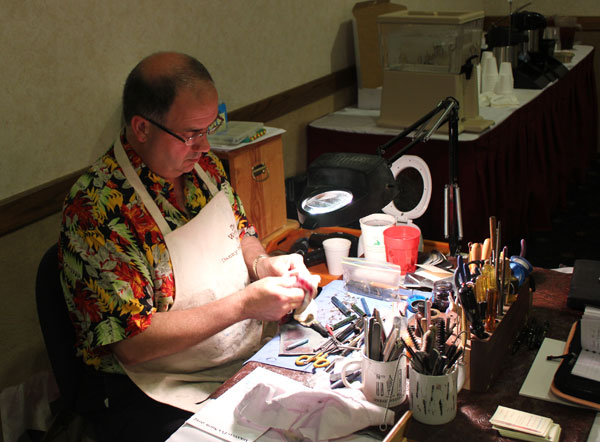 I managed to pick up one pen for my collection on Saturday, and let me tell you, if you want to have a real test of strength, go to a pen show and only buy one pen.  Well, I think I picked the best pen of the bunch, a very early Moore Safety, with the slotted barrel end, and early American Fountain Pen Co. nib.  Two smooth gold filled bands accent the pen, and the original box and instructions were a real bonus.  I doubt I could find another clean pen like this in a long time.  I had to bring it home.

Moore Safety in Box with Directions

Moore Safety with inside Box Top

Saturday night was the Vanness Open House, with the fabled chocolate bacon, potato chips, and strawberries.  While I have had and enjoyed chocolate potato chips in the past, chocolate bacon was a new one for me.  Vanness had recently moved into a new building and were certainly proud to show off their nice store.  The reception was pretty busy and there were even tables of vintage pen parts for the show goers to peruse.  While I couldn’t find the few odd parts I was looking for, it was sure fun to look through such a huge pile of parts!  The chocolate bacon and potato chips were right up my alley and word has it they didn’t have much left by the end of the night.  After the reception we left the show and headed back to the hotel, grabbing a drink and some snacks.  After all, no matter how you try to rationalize it, one cannot live on just chocolate alone. 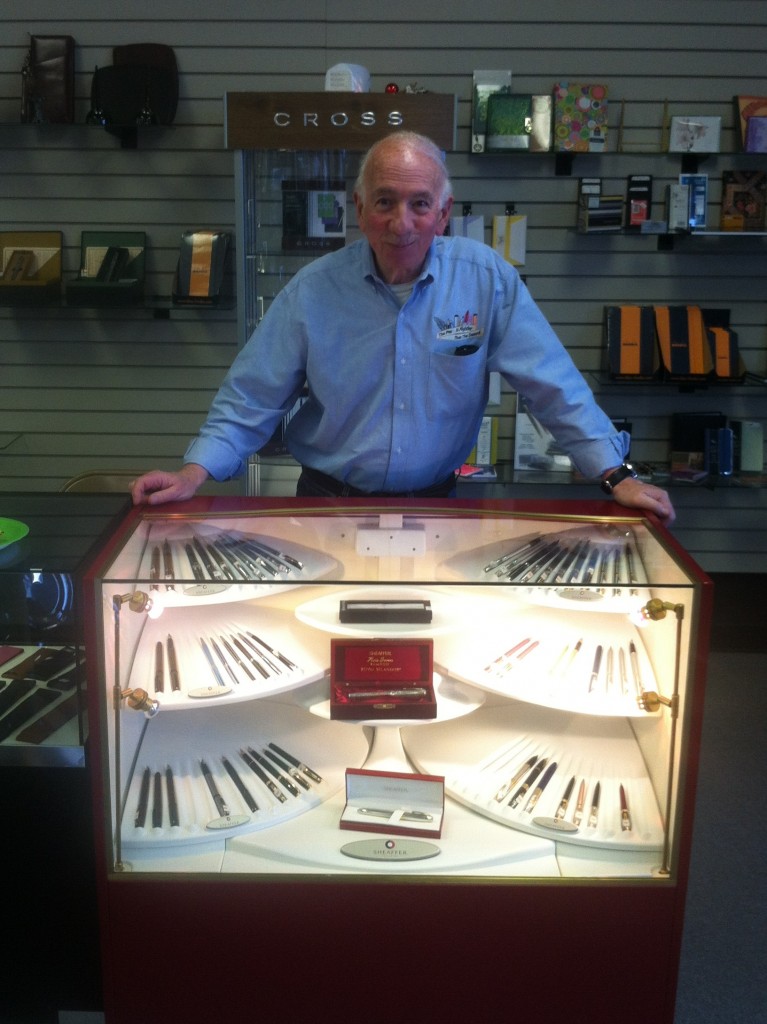 Sunday was a bit later of a start, but the doors opened at 10 in case any stragglers wanted to get a head start.  We know to not have expectations for Sundays as they are almost always very slow.  It was indeed slow throughout the day, but we did some decent selling towards the end which really helped.  We also bought more pens bringing our weekend total to more than 60 new additions. 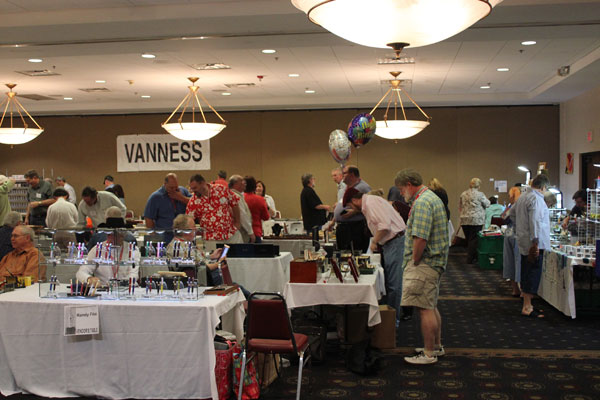 One thing we always look forward to at the end of a show is the easier packing due to having sold paper and pens.  Well, with our new purchases and the addition of some new Sheaffer display trays, we had more than we left home with.  It was another round of playing tetris trying to get everything in the car, but Lisa does it well and we finally got everything back in after an hour and a half of packing. 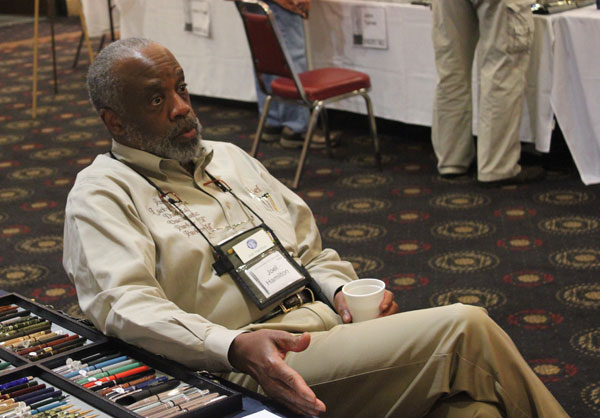 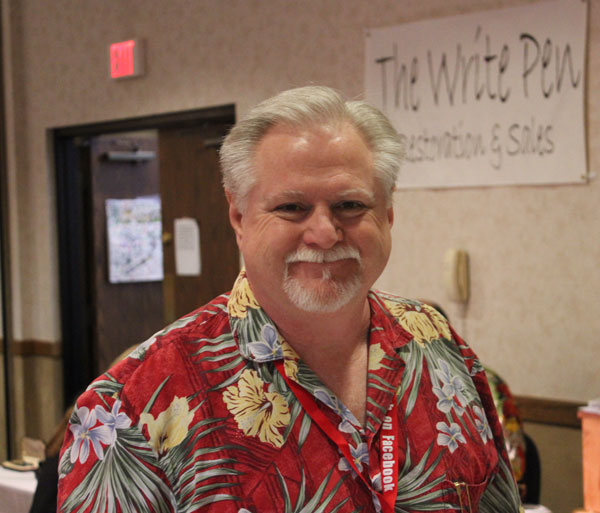 All tolled, we did well at the show, and the hosts from the Arkansas Pen Club really know how to make you welcome.  Everything from helping move boxes to the free coffee all day to cookies in the afternoon were much appreciated.  What we didn’t make up in sales, we made up in much needed purchases and being able to meet and talk with everyone there.  We were able to make some new plans for the future at this show and while we won’t spoil the surprise, will just say some cool things are coming in the near future! 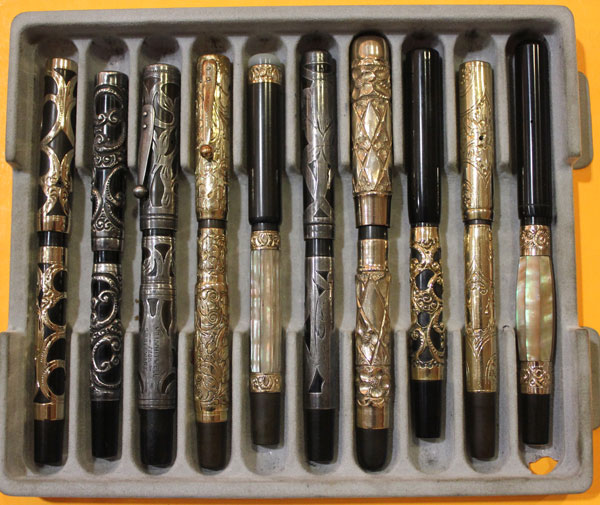 A Tray of Beautiful Pens 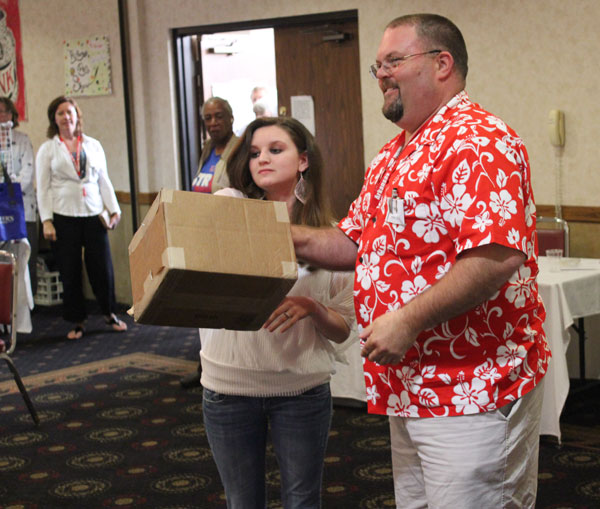 If you haven’t been to the Arkansas Pen Show before, we recommend you put it on your calendar for next year.  It is only going to get bigger as word gets out what a great show it is.  The only bummer is we have to wait another twelve months to go back!