Spread your wings and try something different with Montblanc Swan Illusion. 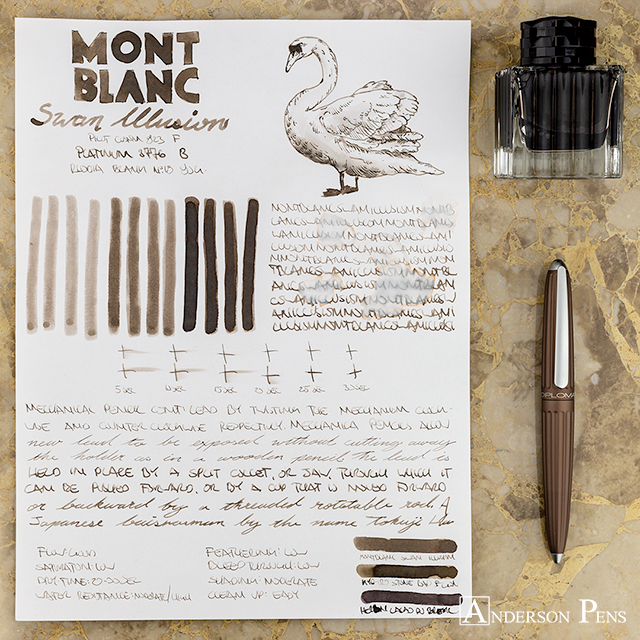 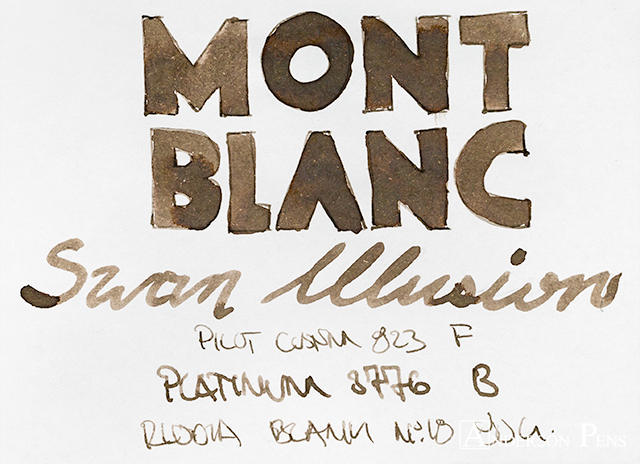 Montblanc Swan Illusion is this years Patron of the Arts celebrating Ludwig II, or the Swan King. The limited release tawny brown ink is meant to reflect the shades of a swans feathers. The ink comes in Montblanc’s 50ml glass square bottle, and is elegantly packaged in a cardboard box. This review was done with a Pilot Custom 823 F, Platinum 3776 B and on Rhodia blank No.18 paper. 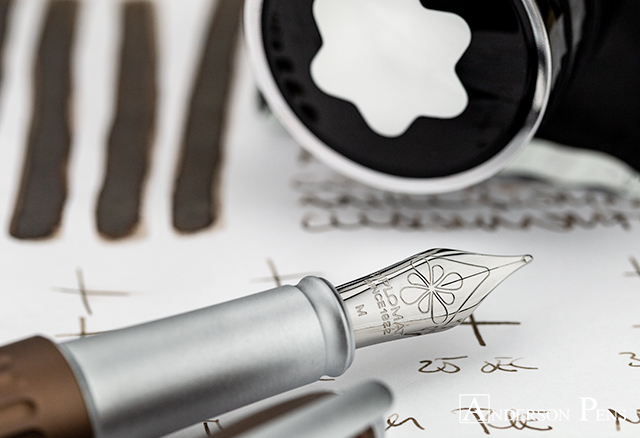 Swan Illusion is a grey sepia that looks a lot better than those descriptors might imply. In a fine nib, the ink has a uniform appearance and a consistent cedar gray color. In a broader nib the ink shades more, showcasing a wider range of browns. The ink has an antique appearance – like it was originally a dark brown and has faded over a number of decades. Swan Illusion is matte in appearance and doesn’t have any sheen. 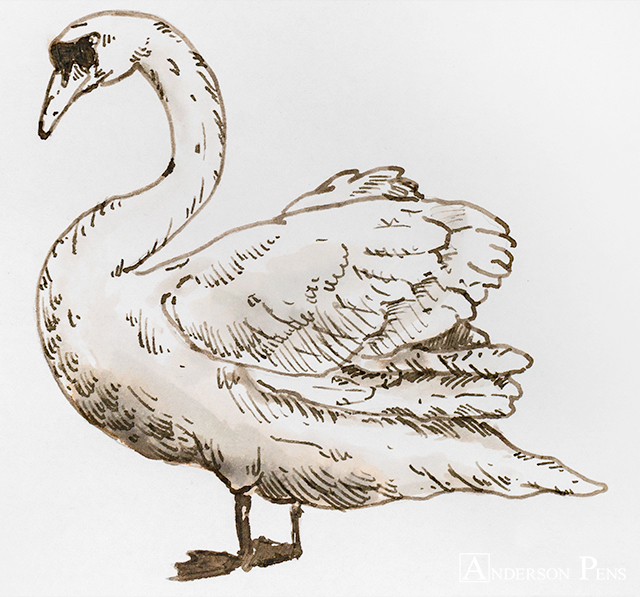 Even by Montblanc standards, Swan Illusion behaves especially well. The ink had good flow with no feathering or bleedthrough on Rhodia paper. The ink doesn’t have the most saturation but managed to shade a decent amount. Dry times were good at 20-30 seconds, but the biggest surprise was the inks considerable amount of water resistance. Even so, it was easy to clean up. 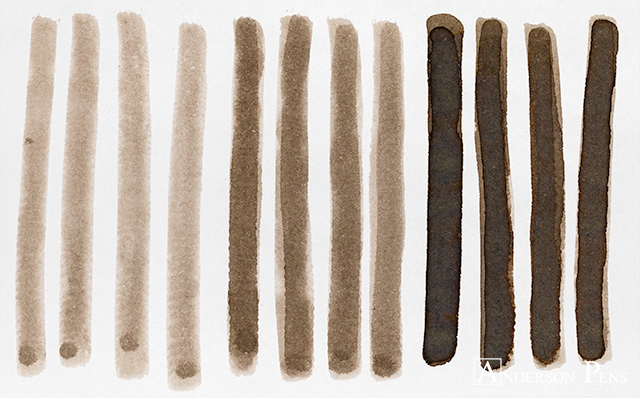 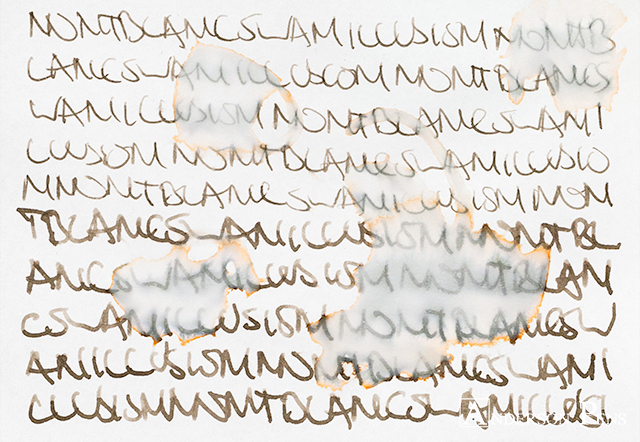 I will be the first to admit that Swan Illusion is kind of a weird ink. It’s neither a brown nor a grey, intriguing but not wild. It’s this ambiguity and uniqueness that has me liking it so much. It’s an ink you can’t quite put your finger on, and that’s what makes it fun to use time and time again. 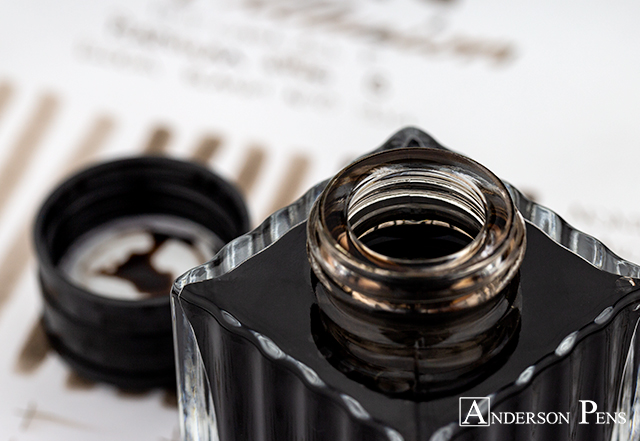 As with any ink review, the pen, paper, and person doing the writing will influence the way the ink looks. If you’re not sure about a color, try a sample to see if it’s the one for you.