Found in the Wild: Pens and Ice SculpturesPosted on: Sunday, February 12, 2012

Yesterday marked the beginning of the antique show season for us here in Wisconsin.  There are a bunch of shows put on by the same organization and they travel around from city to city throughout the year.  Always good shows, always well attended, and usually some pens to be found.  We make most of a day out of it, with travel, brunch and a few antique stores as well along the way.

Saturday started out early, Getting up at 6:15, having coffee, and loading our supplies.  Usually this includes our iPad (indispensable for maps), a lighted loop and one of our LED flexible neck lamps.  After topping off our coffee cups and grabbing some business cards to hand out we were on our way.  It was a brisk 8 degrees, so I let the car warm up for a few minutes first.

With a quick stop for gas, two hours later we were at the door, a couple of minutes after the show had opened, but we didn’t want to get there early and have to wait in line.  Some of those antique show goers are competitive and rude, so we left the shoving and misbehavior to the real die-hards.  A quick run of the place and we managed to spot a dealer we knew from last year.  He had pens, recognized us, and brought some more over.  Within a few minutes we had scored out first eight items.  The table right next door to him had a few more, although I was only interested in one, a Parker 20 1/2 eyedropper in rough shape.  It was heavily worn, chasing all but non-existent, tipping worn off the nib, but aside from a tiny dimple of a chip on the cap lip, had no cracks and looked good.  It had an Aikin Lambert Mercantile clip (which despite my love of all things ALCo, is something I don’t like) and a sticker price of $22.  Funny, I remember seeing that pen last year as well, so I guess nobody wanted a Parker eyedropper for the cost of a half tank of gas.  Lisa tried to persuade me to not get it, but, after many years ago having sold one and still to this day regretting it, decided, even a rough example at that price was ok.  We talked him down to $18 and it was mine. 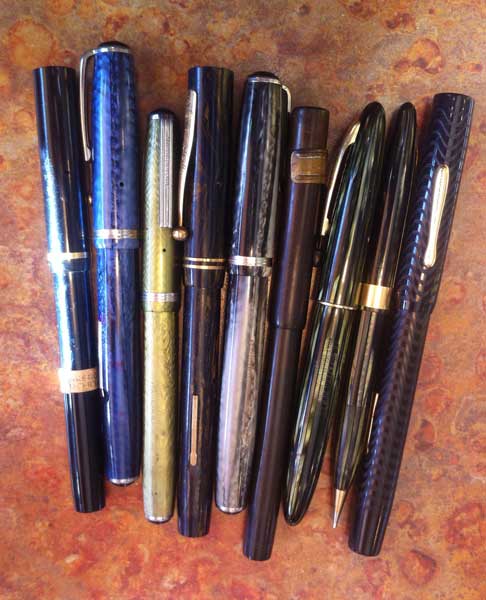 Our ritual always includes a trip to the local Perkins for breakfast and a view of our treasures.  Included in the picture above are (from L to R) a Gregg with original price band, Two Esterbrook, a Salz, another Esterbrook, the Parker 20 1/2, a Sheaffer 350 and 400 pencil, and a crispy Conklin #26.

On our way out of town we happened across a winter festival with ice carving.  It was still cold, so the fact there were not only dozens of people, but a half dozen or more ice carvers was impressive.  Enjoy some of the camera pictures I took: 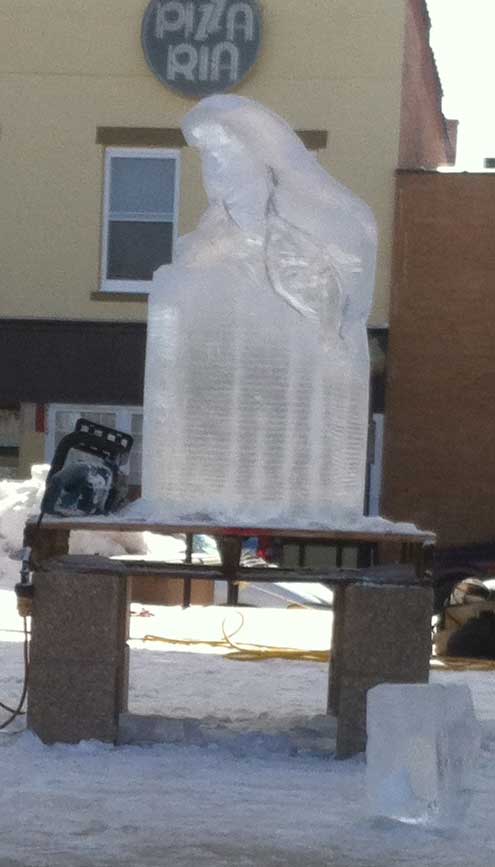 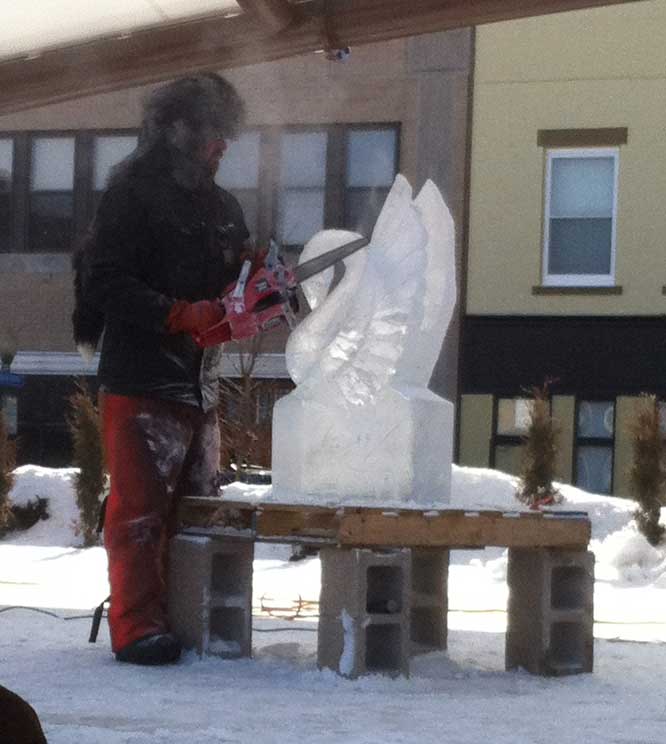 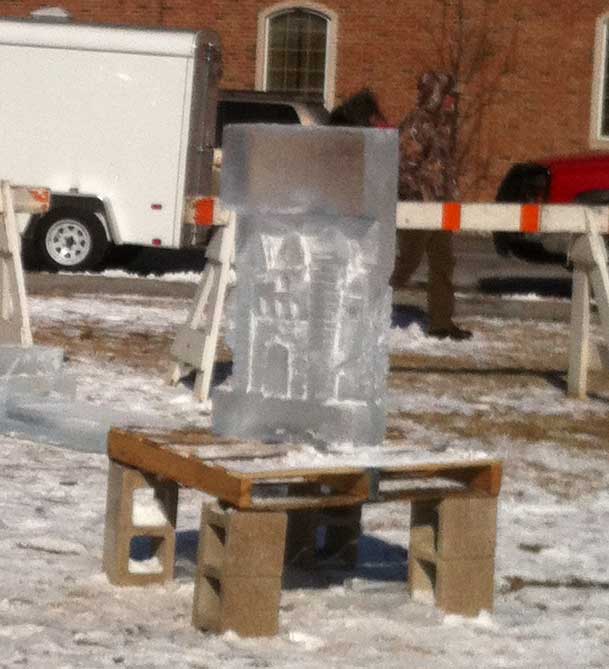 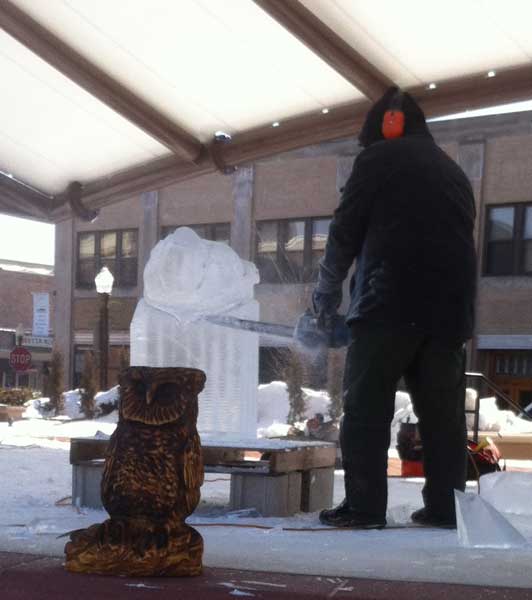 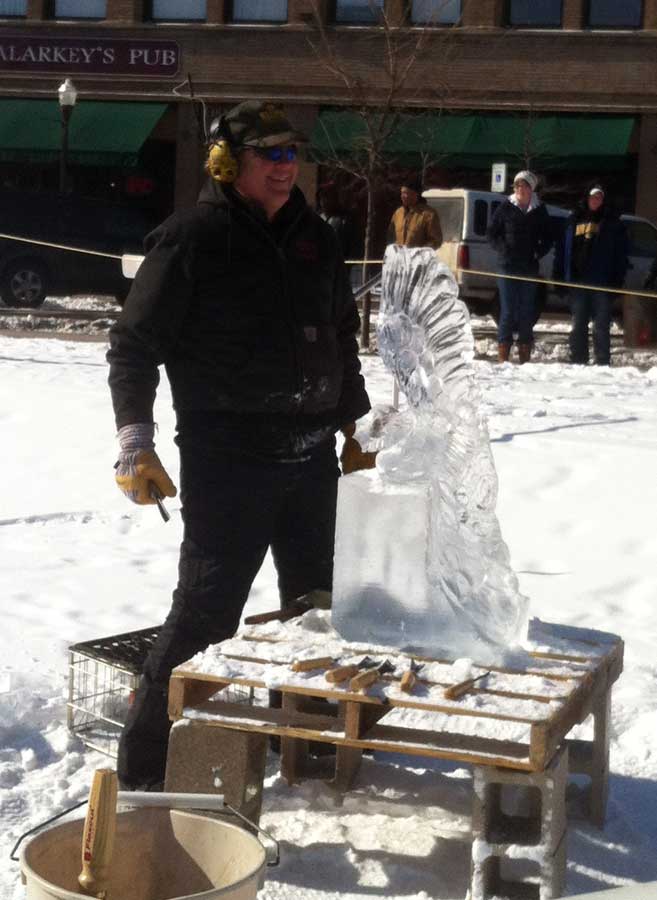